Today when whole countries are being ripped apart by wars and environmental disasters, one person is being forced into exile from his nativity every two seconds by inclemency and hatred, xenophobia and chauvinism; lack of human qualities like trust and kindness has become rampant. Ours is a way to stem this hungry tide, to grow in our neighbourhood, to borrow from it space, materials, even human endeavour and use the same as an open site exhibition, to extend the work of artists irrespective of forms into the people and invite their life inside the practice of art. This has been our dream, carved from our journey in community based art practice through these not so long two and a half decades from which has emerged Chander Haat. Along with nine artists from Mongolia, Kazakhstan, Taiwan, SriLanka, Nepal and Bangladesh it promises to be our everyday practice, an essential part of our life, residency in art, for this next two weeks between 5th and 20th of March 2019 during which amalgamating forms through workshops we shall collectively develop site specific installations in these lowlands; home to one of the most marginalised people of this world.

Situated in Sarsuna, Behala, the southern suburbs of Kolkata Chander Haat also known as Environmental Art is a non profit organisation of artists for the sake of developing interaction between the masses and practitioners of different aesthetic mediums and forms of practices. Our endeavour lies in involving the common masses not only with the result of our work but within it, in integrating questions and practices essential to their being as much as ours within our collective intellection, while bringing them in contact with the wider melange of contemporary ideas and expressions that passes by, often unnoticed, in this part of the world. But over the years much of our work has expanded to include art education and, regional and international collaborative projects and residencies. Forged in the vigour and continuity of suburban life around us the participatory nature of our projects aim to reflect on how art can contribute to life around us, in every nook and corner of it rather than in the confines of galleries alone. They seek to give equal importance to the artist/seer and the one whose life is being seen/ the one who sees that. Since 2009 when sixteen collaborating artists declared ‘Slow Down’ in the form of a giant sculpture against rising fears of an apocalypse fuelled by environmental disaster our work has shown the power of our yearning for this new language of art. Then ‘Fertility’ (2010), Mythologies far and near (2011), and ‘Pakshiraj’ (2012) kept us engrossed and made us develop our collective experimentation of ‘public art’, craft and sculpture into an aesthetic. Having broken the barriers between folk forms and the more conventional ones it was as if we had revived a bond long lost, discovered a new platform for ourselves and our regional, largely unconnected, local collaborators. It was as if we were traversing a road though less yet not without antecedents and our work with Gurusaday Dutt Museum of Folk, Tribal arts and crafts of undivided Bengal (2014) gave us deep convictions as to what we wanted to do. Our Iron Forge Camp (2015) was thus an unabashed union with the smithies of Shibanipur transforming Chander Haat into what often looked like the building of a ship in progress. That year we also did ‘Pass-age’; screenings of atypical video art.

But it was not until ‘Sarsuna Theke jana’/ ‘Derives from the metropolis’ (2016) that the idea to integrate the people, their culture and the space around us into a community programme took such a deep hold on us. Suddenly we started to explore, hold dialogues not generally but as a part of our aesthetic practice, of a community based public arts. Not only materials but space even human beings inhabiting them on an everyday basis thus became part of our work. We had come full circle across what Tarun Dey had been telling us and Bhabotosh, Tanmoy and Gopal had been practising from the front at Chander Haat and outside it for the last twenty five years. No longer was it necessary to carry our exhibition outside the gallery and into the village, it had become the exhibition itself. Since then ‘Life and Time: The Changing Landscape’ (2017) and Language of Space (2018) has seen myriad prominent international art practitioners, renowned curators and members of Chander Haat come together and inspire art exhibitions across disciplines. All of this happens every spring at Chander Haat when it is so wonderful to be here, when it is even more wondrous to welcome you all. 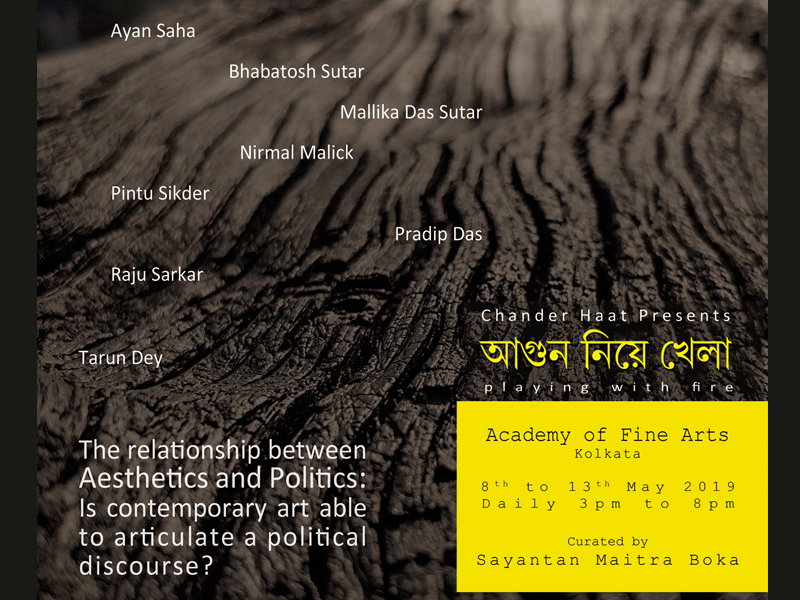 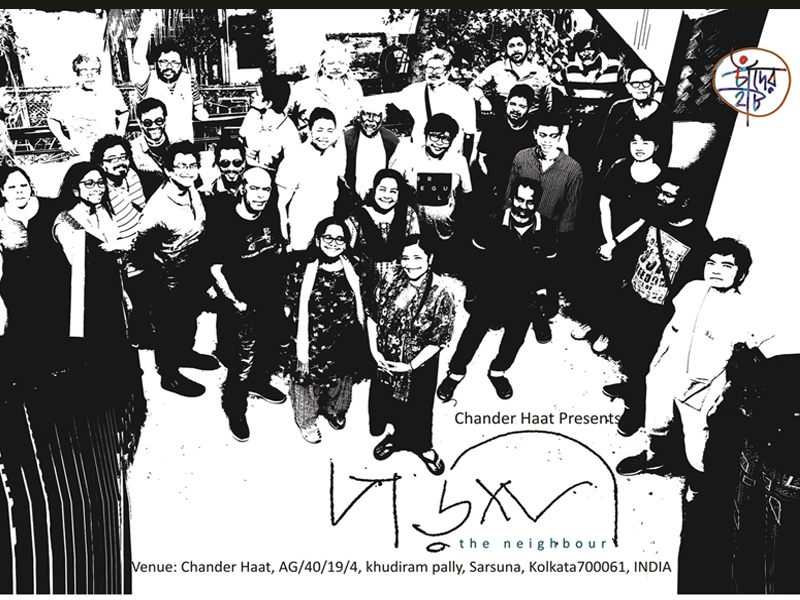 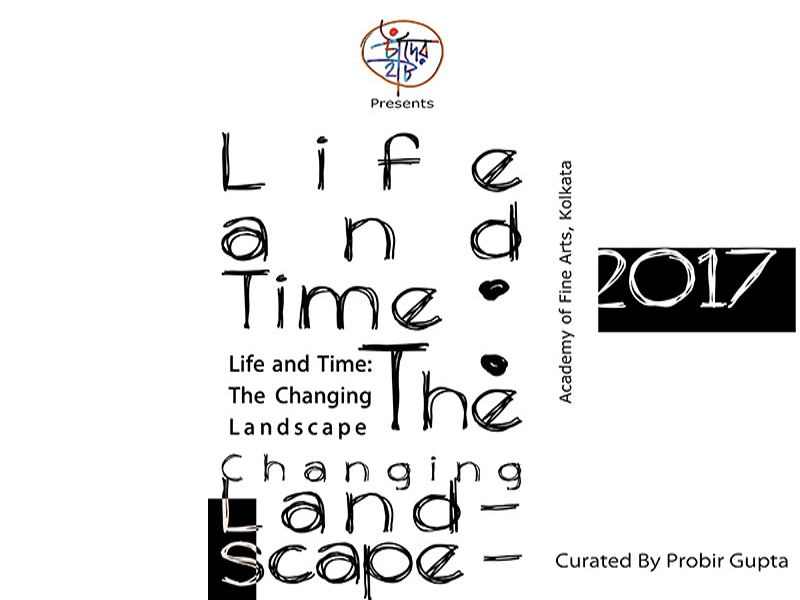 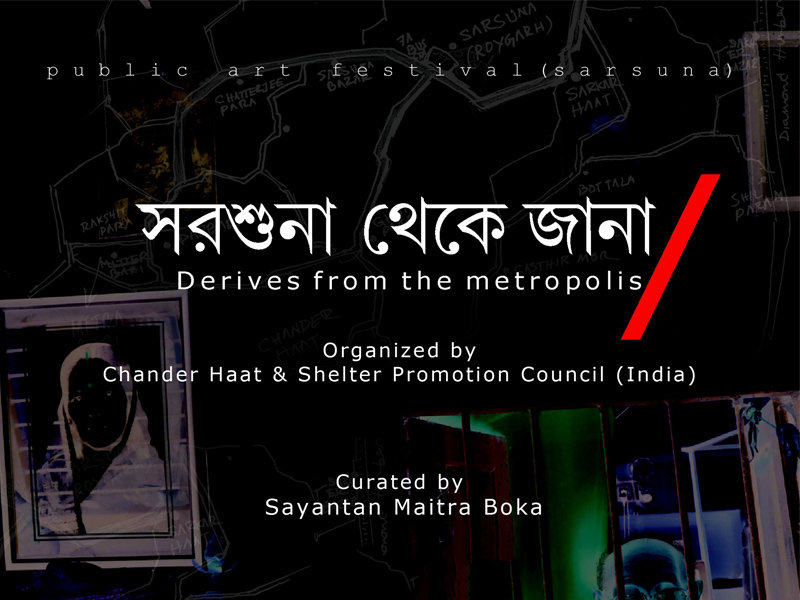 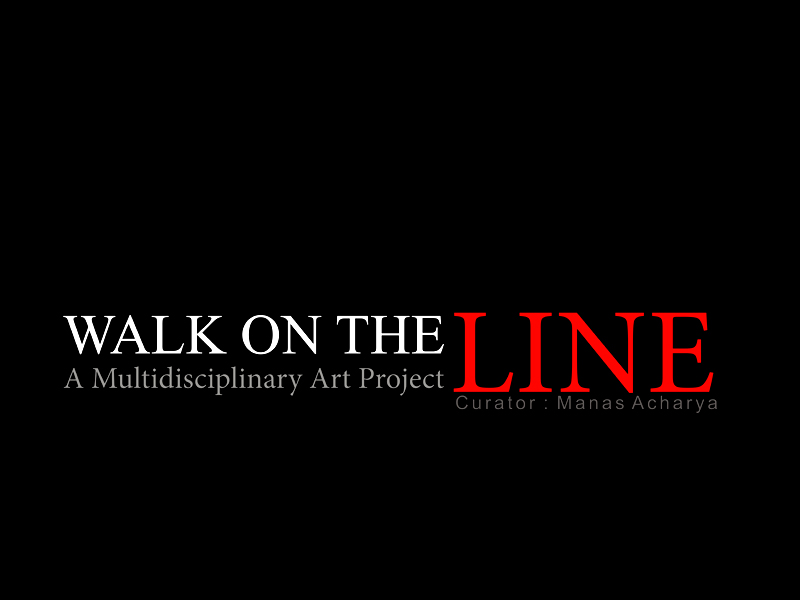 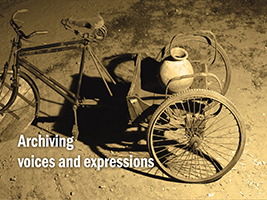